Nalmefene, a drug, which could help problem drinkers reduce the amount of alcohol they consume, is now available to patients in the UK.

If dependent drinkers take the drug, Nalmefene, while undergoing counselling they can cut their consumption levels by 61 per cent.

The pill, also known as Selincro, is licensed for use in th UK

The drug, which is to be taken once a day, has been licensed for ‘the reduction of alcohol consumption in adult patients with alcohol dependence without physical withdrawal symptoms and who do not require immediate detoxification’.

While current drugs help patients to become entirely teetotal, Nalmefene helps patients with drinking problems to cut back on the amount they drink.

It works by modulating the reward mechanism in the brain (opiate and dopamine systems) which means that cravings are reduced and less satisfaction is gained from drinking.

During a clinical trial into the drug it was shown to help patients cut the amount of alcohol they consumed from 12.75 units a day, to five units a day - a 61 per cent reduction.

Patients also reduced their ‘heavy drinking days’ from 23 days a month to 9 days a month, after undergoing the treatment for six months.

The results of the studies suggest that Nalmefene, in combination with counselling, is a potentially helpful new option for the many people like them in the UK who need some assistance in cutting down their drinking. 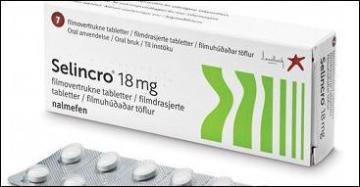 Campral tablets contain the active ingredient Acamprosate, which is a medicine used in the treatment of alcohol dependence. In alcoholics who have managed to stop drinking it is used to reduce cravings and desire to drink alcohol.

Acamprosate has a structure similar to chemical messengers (neurotransmitters) that are found in the brain, such as gamma aminobutyric acid (GABA). These neurotransmitters act by sending inhibitory messages to the brain, and acamprosate is thought to act by enhancing their inhibitory effects. It is also thought to oppose the action of certain amino-acids that send excitatory messages to the brain. These actions in the brain help to reduce your cravings for alcohol.

Acamprosate is only effective after you have completely stopped drinking alcohol, and will be used in conjunction with a therapy programme to help you maintain abstinence from alcohol.

Disulfiram is used alongside other treatments and counselling for alcoholism. It is only suitable for people who have been through detoxification ('detox') and have stopped drinking alcohol. It acts as a deterrent to drinking further alcohol.

If you drink even a small amount of alcohol with disulfiram, it will produce an extremely unpleasant reaction. It will give you a throbbing headache, a flushed face, palpitations and make you feel very sick. This reaction starts within about 10 minutes of drinking alcohol and can last for several hours. Knowing this will happen will help stop you from drinking alcohol. Because drinking larger amounts of alcohol can cause potentially dangerous reactions, disulfiram is only prescribed by specialists to people who are determined to stay off alcohol.

Do you want to learn the habits of happiness? What's New? 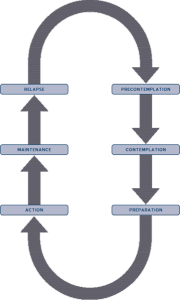 "A tree that can fill the span of a man's arms grows from a downy tip;

A terrace nine storeys high rises from hodfuls of earth;

A journey of 1000 miles starts with one step"

"The secret of getting ahead is getting started"